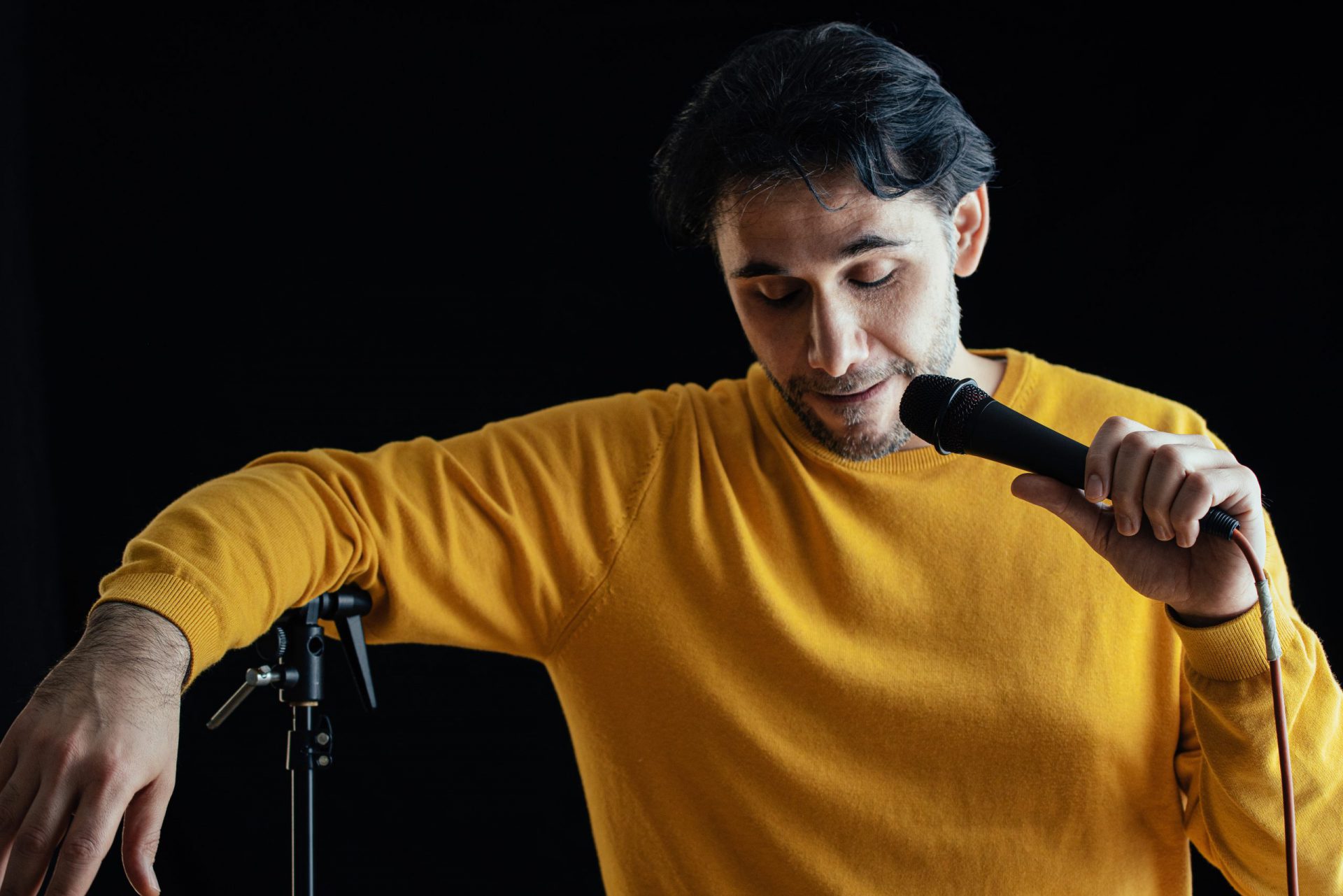 Studied at the Higher Institute of Dramatic Arts in Damascus, was well known in the Syrian artistic scene.

Since he moved to Austria, he has played in many short films and plays.

He is a lead stand-up comedian motion in Syria

started to do stand-up in English when he moved to Vienna.

He has his own show “Muslim in the Church” and “Four Wieners” show with friends.

Most of famous actors talk about their humble beginnings working as waiters or whatever, thinking about this moment when they will receive there Oscar or whatever, and they know and I know and you know that there is hundreds and thousands of talented actors waiting for their moment to come .
You know, the kind of actors when you see them acting or even coming to the room you feel like,how in the hell know body knows about that guy, why doesn’t he even have a proper agent!!!

Well, I am that guy
waiting for my moment ,,,
to come.